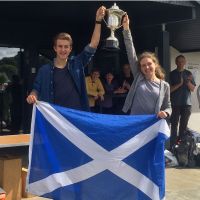 The competition took place in the Oban area and was organised by members of EckO led by co-ordinator Kate Hunter.  The teams assembled on Friday evening at the Kilbowie Outdoor Centre south of the town.

After an early breakfast on Saturday morning (we had been woken earlier than expected by the voice of Pharrel Williams piped throughout the building into the rooms) the action moved to Creag Mhic Chailein for the Individual competition. The excellent courses – planned by Ross Lilley – tested the juniors both physically and technically.

The prize-giving was followed by a fast and furious ceilidh.

After the mass start, there was no way of knowing what was happening until the first runners appeared at the spectator control.  The courses had been planned be Andy Dale and proved to be well gaffled as well as technical and interesting from the competitors’ point of view, also physically tough.

One of the most exciting points in the whole competition was the race from the penultimate control to the Finish by the first 4 last leg runners – Alice Rigby (England), Scots Clare Stansfield and Kathryn Barr (both W16’s running up), hotly chased by English no. 1 Julie Emmerson, all finishing within 30 seconds of each other.  This result meant that England and Scotland finished on equal points in the Women’s Relay.

Alex Carcas , running for Scotland team M1 came back with a clear lead  after a storming run to hand over to Jake Chapman.  Jake was overtaken on the last gasp by Alastair Thomas (England M1) but handed over to last leg runner Sasha Chepelin just a few seconds behind the leader. Sasha then showed just why he is British no. 1 by coming home in the lead a full 15 minutes clear of his nearest rival.

Ireland won the Judith Wingham Trophy for their win over Wales.

PS Many thanks to co-ordinator Kate Hunter, planners Ross Lilley and Andy Dale, and all their team of mainly EckO helpers for such a great competition. Incidentally 2 of the helpers, James Tullie and Fiona Berrow, were members of the winning team in 2002! 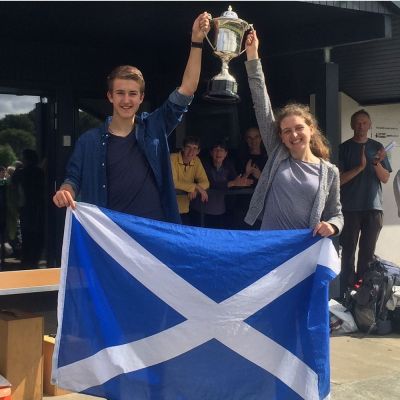 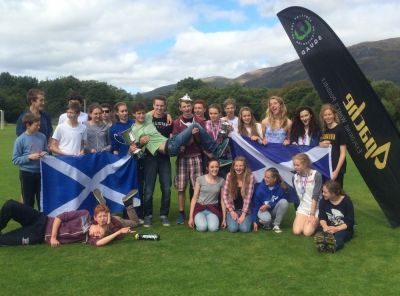