The Lagganlia training camp is based at the Lagganlia OEC near Aviemore. It is aimed at M/W14’s and takes place around the last week in July. There are usually about 24 places for athletes on the camp.
The camp is planned to run from Saturday 24th July – Saturday 31st July 2021.
Congratulations to the following athletes selected for Lagganlia 2021

The Deeside training camp is based at Templars’ Park, Maryculter on the banks of the River Dee near Aberdeen. The camp is for around 18 athletes, the final number being determined by the Selectors and the Team Manager.
The camp is planned to run from Saturday 24th July – Saturday 31st July 2021
Congratulations to the following athletes selected for Deeside 2021.

The following note is aimed at providing you with an insight into the work that is being undertaken by the Team Managers and others to fulfil our plans to provide summer training camps for the juniors.

Many ideas - and venues - are being explored and our hope is that over the coming month some of these ideas will take shape and we are able to keep you up to date with our plans.

The ‘Gothenburg’ training camp is designed as a ‘self-help’ tour. Athletes attending will be expected to plan their own training. They will also be expected to be generally well organised, capable of preparing their own meals and self sufficient whilst being supervised by an experienced coach.
The camp runs from Saturday 21st August to Monday 30th August 2021
Selection policy is now available.

The Stockholm training camp is aimed at M/W17’s and is held around the middle of August. Accommodation is at the ‘OK Ravinen’ club hut and because of its proximity to central Stockholm use is made of public transport to training and competition venues. The camp usually accommodates 16-20 athletes.
The camp runs from Tuesday 17th August – Sunday 29th August 2021
Revised nomination date 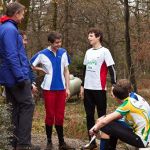 The Junior Regional Orienteering Squads (JROS) are organising the usual four summer camps for juniors: 14s – 20s. Camps will be held at Lagganlia (near Aviemore), Deeside, Stockholm and Gothenburg. However these camps all run on volunteers and to run these camps successfully we need coaches and staff to help. This is a fantastic way for coaches to gain experience and swap ideas which they can use in their own coaching.
See the availability form for further details

What are the Objectives of JROS?

In common with the 12 Regional squads its objectives are;

How does it seek to meet these objectives?

Since British Orienteering reduced the number of summer training camps for junior orienteers from 4/5 to just 1, JROS has sought to replace these camps and has increased the number they manage from one in 2010 to four in 2012 and has continued to organise and manage four since then. These comprise: Lagganlia for MW14s and some MW15s, Deeside for MW16s, Stockholm for MW17s and 18s, and Gothenburg for MW20s and 19s.

British Orienteering for 2021 are holding a camp for M/W15s at Bagaduish .

Since 2009, JROS has organised the Hawkshead training weekend in the autumn for M/W16’s.

JROS has also organised Coaching Courses in 2015 and 2017 for its volunteer coaches and it will seek to host further courses in the future.

‘Getting on tour’ was the most important achievement of the orienteering season when I was a junior. Yes it was nice to do well in events but the summer training tours were what counted.
Why? Quite simple really; it was history, tradition. There were so many stories about previous tours….and the great thing is, it was all true!
The travel, friends, maps, terrain, games, races. 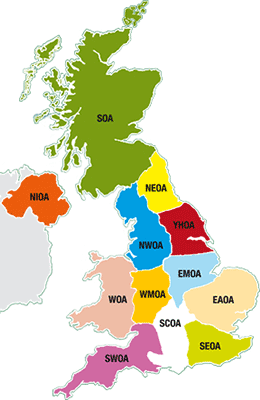