Report and photos below.

Accommodation for all teams was at the Trawsfynydd Holiday Village.

The Individual event on Saturday was held on Gwanas an area of typical Welsh mountain Moorland.

As expected the results were very close at the top of the leader board with both England and Scotland winning 3 of the courses. England winning M14, M18 and W18 and Scotland M16, W14 and W16. This gave England a 7 point lead going into Day 2.

The evening meal, ceilidh and Day 1 prize giving were held at the nearby Rhiw Goch Inn.

On Sunday the relay event was held on Llechwedgain Common. Over the course of the first leg the Scots fought hard to close the gap on England and by the end of the leg had nudged ahead of England overall. However strong runs from the M14’s and M18’s closed the gap and with the England women drawing with the Scotland women  England managed to maintain an overall lead over Scotland.

Many thanks to Clive Thomas, who coordinated the event, and to MWOC for an enjoyable and successful weekend. 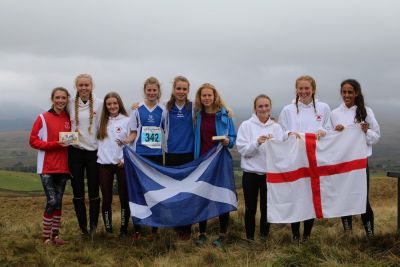 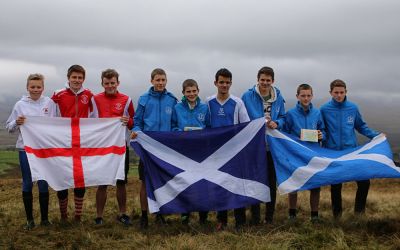 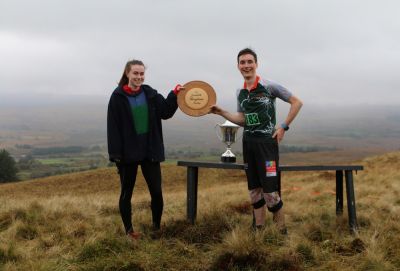 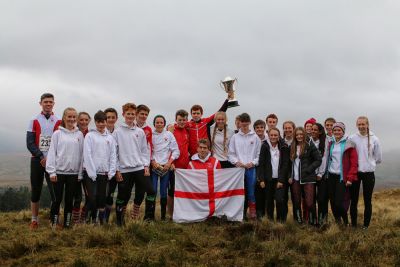