In 1988 British Orienteering first organised a training weekend for M/W16’s based at Lakeside on the shores of Lake Windermere.
Similar weekends had been organised at various locations, usually based on Youth Hostels, in late autumn but Lakeside was the ‘home’ of this training camp until 2010.
In that year British Orienteering decided it was not able to organise such a weekend and so the Junior Regional Squads stepped in to take over its running.
Because of the cost of the Lakeside venue, the weekend was moved, not very far away, to Hawkshead YHA.
Hawkshead has been the host of the weekend since then.

The junior regional squads book the entire youth hostel for that weekend with the hostel providing meals from Saturday morning until Sunday lunchtime.
Since the entire hostel is booked use is made of all the dormitories as well as lounges and a number of class rooms, which are used for evening talks and briefings.

The camp is aimed at M/W16’s from all the regional squads with the only limit on numbers being the availability of beds in the hostel.
All squads take responsibility for their attendees, not only with regard to training but also their travel and safety.

Table below shows the number of attendees from each region.

The use of the Camping Pods on site meant that we were able to fit in all M/W16s who wished to attend. As the pods are heated and have electric lights they were comfortable and warm, the only downside being the need to bring sleeping bags and mats.

The availability of a hot breakfast was again appreciated by many. Although limited the evening meal choice met everyone’s needs. Evening meals can be negotiated so let me have ideas for any future alternatives.

The after training, evening snacks and drinks were well used. Due to the cold wet weather supplies of snacks ran out Saturday evening as the juniors ate more on return from training. If the weather forecast is for similar on future weekends then extra snacks should be purchased. List of items bought in Appendix 1.

The Main House Lounge was used for coaches, equipment storage and for preparation for the night relay.

This year two of the areas were planned by trainee level 2 coaches from the summer course held at Lagganlia and were used as one of their 6 planned sessions.

Feedback at the evening meeting showed squads were happy with the training provided.

Number of controls used as follows;

Full size kites attached to a 3 foot cane were used. Numbers were attached to each control to reinforce checking of control codes and offer reassurance to the less experienced athletes.

If anyone has copies of alternative activities that they used, or suggestions for improving the planned exercises, if you forward them to me I will add them to the weekend file for future reference.

Maps were printed on waterproof paper and provided free of charge by BML printers. All junior athletes and members of the forest team had an individual map for each exercise and coaches/helpers had an all controls map for each area.

Many thanks to Nigel Benham at BML for his sponsorship of the maps.

Hawkshead Night relay was once again a very popular activity for the weekend. Sportident equipment was again used for the relay. Training kites on 1m SI stakes with the SI boxes on top were used to mark control sites to ensure fairness.

The race started at 5-00pm and was finished in good time for dinner.

I had 25 requests to join the forest team this year. Places were offered to those who attended the Level 2 coaching course at Lagganlia and then on a first come basis. It was good to see that some of those who didn’t get places came along as helpers for their regional Squads. For future years with so many wanting to help they will need to get their names down early to secure a place.

Many thanks to Matthew Vokes, Phillip Vokes, Chris MacKenzie, Jack Benham, Julie Emmerson, Zoe Harding, Megan Carter-Davies, Ben Mitchell, Hannah Cox and Harrison MacCartney for all the support they provided over the weekend.

No evening session this year and most coaches used the time working with their athletes.

Showers were available before heading for home on Sunday and were used by a small number of the NW Squad. Fewer squads used the opportunity this year due to the location of the training areas being on the way home.

I will provisionally book again for the same weekend next year.

As discussed in the meeting the structure for next year may have to change as many of the areas we use are subject to embargo. The suggestion is to use the sand dunes at Roanhead for all Squads all day on Saturday and two smaller areas on Sunday.

If anyone would like to have a go at planning, or organising next year then let me know.

As agreed by JROS, members of the forest team were not charged for the weekend.

Refunds were made for athletes who were unable to attend the weekend.

A final thank you to all not yet mentioned who helped make the weekend happen:

Richard Tiley for access/permissions and Mike Cope for registering the events.

If anyone has anything further to add to this summary please forward so that I can add it to the file and circulate if appropriate.

After Training and Evening Snacks 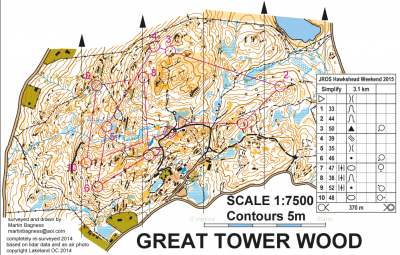 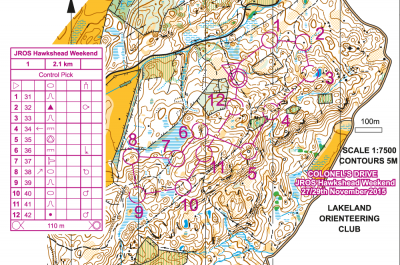